The Institute under the “Shaheed Ki Beti” initiative launched on 4th October, 2017 had done away with the age old practice of giving mementos to the Guests and Speakers in its programmes. As per the new practice adopted, in place of the Memento, a certificate of benevolence is presented to the dignitaries and guests at the various programmes of the Institute and the cost for the same is credited to the corpus established with the aim of funding and supporting the education of the daughters of the martyrs of the nation who laid down their lives while protecting the sovereignty of the country. The Institute was fortunate to present the first certificate under this initiative was handed over to Hon’ble Prime Minster of India, Shri Narendra Modi on 4th October, 2017.

The Institute takes pride in the fact that within three months of the launch of this novel initiative, an amount of Rs.5 Lakh has been generated and credited to the corpus created for this initiative. The Members of the Institute have also generously supported this initiative. 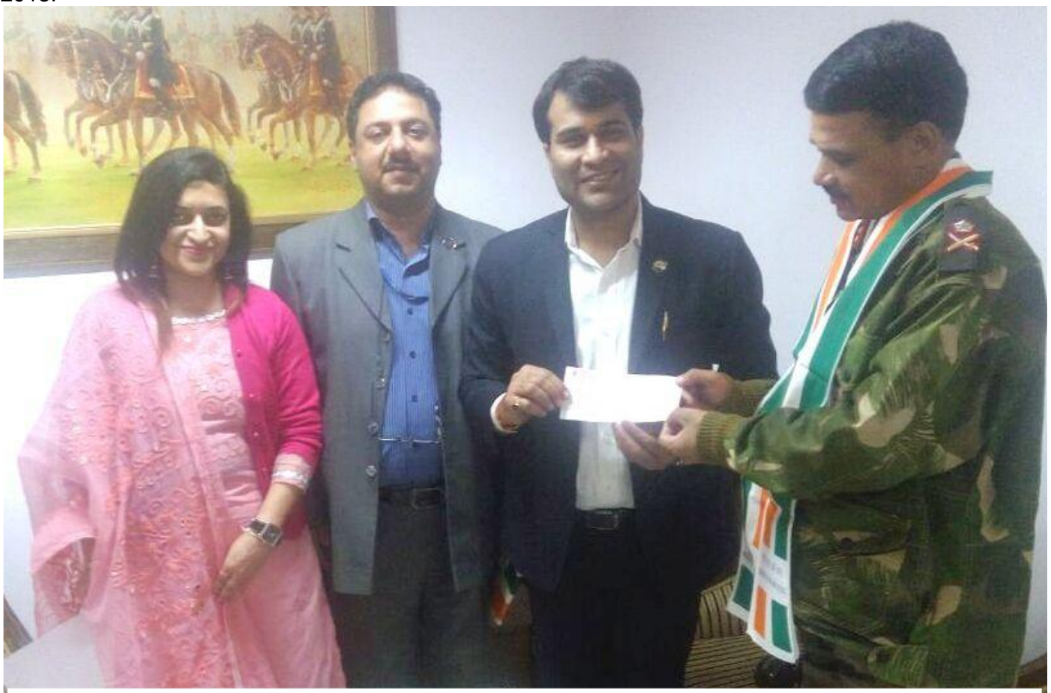 President, The ICSI informed that the Institute would continue to contribute for the welfare of the families of martyrs whose sacrifices for the nation have remained unparalleled.